They Draw and Cook

Hey guys! If any of you remember awhile back I had mentioned that my "Guacamole Recipe" illustration was being published into a book. Well time has passed and the book is now available for PRE-ORDER! If you pre-order the book now you get 32% OFF. The retail price of this book is $19.95, but with pre-order you can have it for $13.57. So if anyone is interested in having a published version of one of my illustrations make sure to pre-order your book now!!! It contains 107 recipe illustrations from artists all around the world! So it will be a gem to have. The book is expected to ship out in either August or September.
SO if you're interested, click this link here to get your 32% off Pre-Order special!!!
http://www.amazon.com/gp/product/1616281383/ref=as_li_qf_sp_asin_tl?ie=UTF8&tag=thedraandcoo-20&linkCode=as2&camp=1789&creative=9325&creativeASIN=1616281383
Thanks for all that follow/support my art, it really means the world to me!!
-Maegan
Posted by Maegan at 12:24 PM No comments:

So here's the last couple assignments I worked on for my Word and Image class, pretty excited about the both of them!

The most recent one I finished was a two-page spread of a mock ABC book. We had to come up with a concept for the ABC book then think of 5 different spreads and finish one. I decided to do the ABCs of Sea Creatures. And here's my finish! 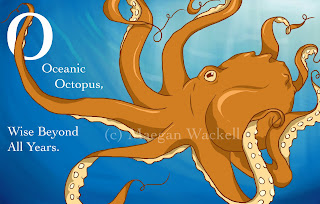 10.5"x16.5" Digital Media
And the other assignment I had was to redesign the cover of an existing book, preferably a book with a non-desirable cover. I picked up the Grimm's Fairy Tales book from the library that had a cover and illustrations drawn by young children with crayons, so I thought I'd give this one a shot. I got a lot of feedback after doing happy fairy tale images, to go darker since the Grimm's Fairy Tales were not all so innocent. This was my outcome. 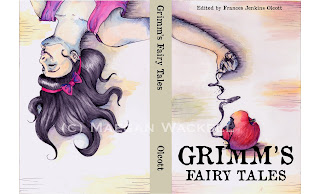 So our last day in the hot shop before we moved to silkscreening on glass, our teacher asked each of us what we wanted to make. Well, Dave bought me a beautiful glass octopus awhile back and I thought it would be fun to make my own. Obviously mine is a more "sculptural" approach, since I only had about 6 weeks glassblowing experience. But here's what we came up with. 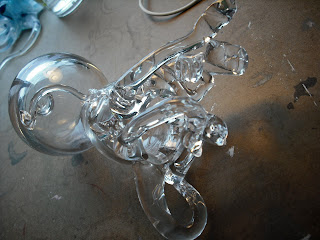 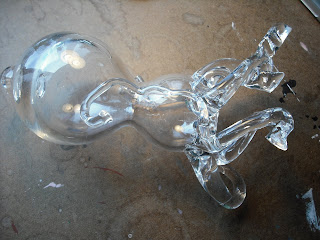 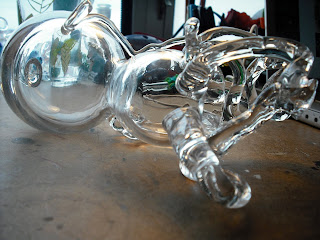 I'm also extremely pleased to announce that I will be taking the Intermediate Glassblowing class next semester. So I can call myself a full time Illustrator, part time Glassblower. So exciting!
Posted by Maegan at 1:20 PM No comments:

Maegan
Boston, MA, United States
Hello! I'm Maegan, a current student at Massachusetts College of Art and Design studying Illustration with a side of Glass. Wanting to pursue a career in the tattoo field. Feel free to contact me! maeganwackell@rocketmail.com